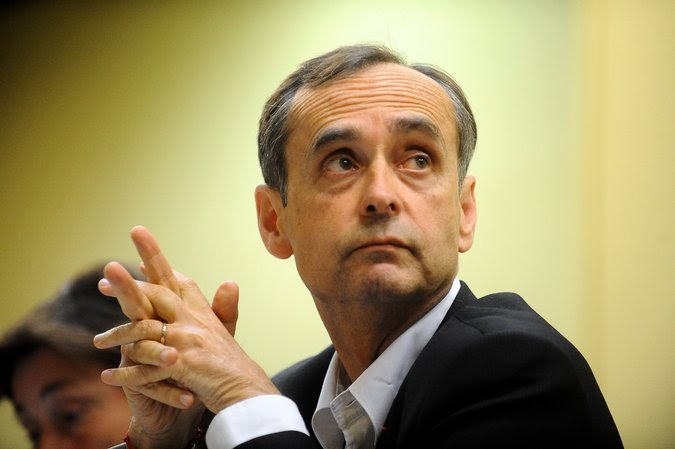 In a past life he was France’s leading advocate for journalists, fighting to spring them from dictators worldwide, a fearless defender of freedom of the press on four continents and a hero to free-speech advocates

That was then. Now, Robert Ménard, the man who founded Reporters Sans Frontières — Reporters Without Borders — has become a symbol of right-wing extremism in France.

No longer a journalists’ advocate but the mayor of the largest city under far-right control in France, he says there are too many immigrants in his town, too many veils, too many Muslim children and too much culture that is not French.

Mr. Ménard has ordered the laundry off the window ledges, the satellite dishes off the roofs and Syrian refugees out of public housing. He has counted the Muslim children in schools here — a strict no-no in secular France — and increased police patrols on horseback in this whitewashed old Mediterranean city of 70,000 people, high unemployment, high poverty, narrow stone streets and medieval churches.

“People feel like they are being replaced,” Mr. Ménard said an interview inside the 18th-century City Hall. “Immigration has become massive.”

For the far right in France, his tenure as mayor of Béziers has become a laboratory of sorts, watched with fascination by the country’s media, chagrin by liberal-minded opponents and glee by the National Front party of Marine Le Pen.

… “We are the avant-garde of change in France,”

Mr. Ménard, 62, declared in the interview.

… to Mr. Ménard, it is all straightforward. He wants most if not all of the immigrants to go somewhere else.


“I don’t want this city to be majority-Muslim, at all,” he said. “There is a majority of the Muslim population that is incapable of living within the norms of this country.”

“I love this country,” he said, ticking off France’s prowess in literature, art and architecture, even its “way of looking at women. I am as attached to them as to my own eyes,” he said.

“The identity of this city is not a Muslim identity,” Mr. Ménard continued. “This is a problem of numbers. When you’ve got two-thirds of the kids in a school with Muslim names — that’s a disaster. Impossible. There’s no way you could want this.”

In September, he strode into public housing here, wearing his tricolor official sash — the French national colors — and accompanied by a retinue of aides, to accost a Syrian refugee wearing a Berkeley T-shirt.

In his carefully enunciated diction, Mr. Ménard told the bemused-looking refugee, “Sir, you are not welcome in this city.”

The episode was filmed and posted on YouTube by the City of Béziers.


… Mr. Ménard founded Reporters Sans Frontières in 1985 with friends, and until he left it in 2008, was an uncompromising defender of free speech, becoming ever more so as the years went on, and even speaking up against the law silencing French Holocaust deniers like Robert Faurisson.

Mr. Ménard was born in French Algeria and was forced to leave with his family, along with millions of other Frenchmen, when the country gained independence in 1962 — a background critics say explains his hostility toward Muslim immigrants.