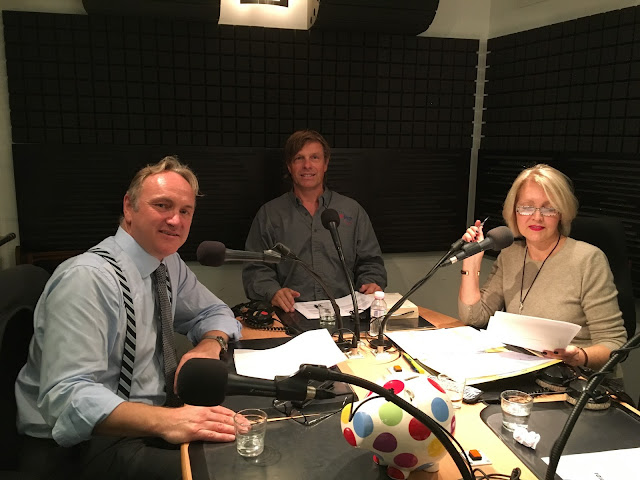 Posted by Erik at 12:47 2 comments:
Email ThisBlogThis!Share to TwitterShare to FacebookShare to Pinterest 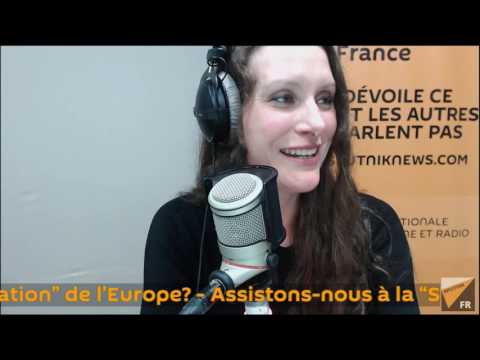 Posted by Erik at 20:47 No comments:
Email ThisBlogThis!Share to TwitterShare to FacebookShare to Pinterest

complains Michael Savage in his latest opus, which praises the GOP candidacy of one Donald Trump. In Scorched Earth (Restoring the Country after Obama), the radio host who for many years has "preached that ultratolerance is killing us" writes that


Our schools, libraries, movies, television, music, and social media are all used to advance a politically correct, antiwhite, anti-American agenda.  Meanwhile, Islamists use all of these tools to advance teachings of their own physical and moral superiority.  When traditionalist Americans flex muscle, our cultural institutions make sure we are derided as imperialist, ethnocentric bigots.  When Islamists spew rhetoric that is actually imperialist, ethnocentric bigotry, our cultural institutions tell us to be hypertolerant in the name of diversity and multiculturalism.

… This is the dissolution of democracy itself under the guise of diversity.  Diversity is destroying democracy.

Of course, this being Michael Savage, the choice of words can sometimes seem, uhh… extreme.

Barack Obama is called Maobama, Obamao, and Chairman O, as well as the "sociopath in the White House."  Senator Warren is called "Sister Elizabeth" and "the wicked witch of the Left." Bernie Sanders is called "that old Kremlinite" while John Kerry is referred to as "the secretary of misstatement."  Helen Thomas and Bella Abzug earn the nicknames of, respectively, Helen the Hideous and Bellicose Bella.  And George Soros is depicted as "the criminal anarchist" while Facebook's founder, Mark Zuckerberg, is called "Mr. Undershirt."  As for Bill Clinton's wife, she is called "Grandma Hillary the Benign, the Caring, the Just."

But Michael Savage is nothing if not non-partisan in his descriptions. He dismisses Ted Cruz — extremely unfairly, I might add, in one of my few out-and-out full-throttled objections to a passage in the Michael Savage book — while George W Bush is called "another lawless and soulless bumbler."

But when Michael Savage feels that "We have an openly mad president who is doing everything he can to decimate everything this country stood for, stands for, and would stand for," you can understand why he doesn't feel up to being nuanced in his language:


Here is a short list of his crimes and misdemeanors:  providing arms to people who would kill Americans, whether they are Arabs in Gaza or the Mexican drug cartels; using the Internal Revenue Service as a political weapon against legitimate nonprofit organizations that dared to oppose him; changing laws by executive action, rather than the way laws are supposed to be made or amended:  through congressional action—Congress, not the president, is the lawmaking body in this country.  We aren't a banana republic—yet.  Look at the way he implemented the so-called DREAM immigration law:  when Congress didn't go far enough to carry out his agenda, he just executive-ordered it into existence.

… Take the Iran nuclear deal, which gave more than $100 billion to a nation chanting for our destruction every day.  Not just chanting but working on it in heavily fortified nuclear bunkers and in hidden sheds where IEDs are built to kill our soldiers.  How insane have we become?  Iranians in Tehran yell, "Death to America!"  We respond by giving them the tools to carry out their wishes.

What's more, Michael Savage does not shy from zingers or bringing controversial ideas to the table. He mentions "the Republocrats" and, recalling the 1960s slogan"Better Red than Dead" (while deploring the fact that "American boys are [being] emasculated" and turned into "sensitive crybabies and metrosexuals"), he writes that in today's world,


the weak-kneed nation … has embraced a philosophy of "Better Ahmed than dead."


a specialized selective service call-up of every computer-savvy young man and woman … we absolutely need mandatory cyberwarfare service, because we are losing that war.

Speaking of 1960s agitators like Abzug, Ginsberg, Kunstler, and Timothy Leary, we get to learn some personal details about Michael Savage 's life, such as the fact that he knew the latter personally.


… that clown … hired me to guard his LSD from being stolen.  Ginsberg briefly appealed to me.  I was a young leftist on the verge of my own insanity.  I was naive and stupid.  I grew up.  They never did.

… the original teacher of leftist activism was an Italian communist named Antonio Gramsci. … Gramsci's teachings gave us Abzug, Leary, Ginsberg, and Kunstler.  They taught our children their anti-Americanism, antiheterosexual, antimale, antiwar, radical environmental agenda.  The cultural institutions spread the lies.  The newest cultural institution, social media, spreads these anti-American messages to every corner of the globe.

The result is leftist agitators [like] Barack Obama and Hillary Clinton reaching the highest positions of power.

So Michael Savage used to be, like so many of us, a leftist?! Among other surprising personal life disclosures we learn in Scorched Earth, there is this jewel that will leave your head shaking because of what our management of the education field is doing to, and making of, our children:


I was a schoolteacher.  I was a social worker.  Those are jobs typically held by far-left individuals.  So why am I not a socialist?  Why did I become who I am, and when did it happen?  I became disenchanted because I became ambitious and wanted to make something of myself.  And once I expressed that desire, every impediment you could imagine was thrown into my way.

I was blocked from realizing my goal of becoming a college professor because of my race and sex.  I was not a minority and I was not a woman and I was not a first-generation immigrant.  Otherwise I would have become a very happy college teacher.  Like the rest of the leeches called college teachers, 90 percent or more of whom do absolutely nothing but collect a fat check and moan and groan about how bad American capitalism is, I would have been a willing pawn in what has essentially become a gigantic brainwashing academy that destroys our youths with hatred and lies.

… They intentionally skipped over better-qualified individuals and instead gave academia the underqualified generation of college professors that brought you to the debased university system we have today.

That's why, in our schools today, we don't have the blind leading the blind.  We have subversives making a new generation of subversives.  Men and women and transgenders whose eyes and ears and mouths are filled with hate for people who respect borders, language, and culture.

… They're not universities with ideals anymore—not at all.  These deviants have turned universities into indoctrination centers, places where deviancy is encouraged, all sorts of insanity are supported, and issues of liberty and Americanism are denigrated.  Where anti-American revolutionaries are being taught to hate God, country, police, and normal sexual behavior.

Let us end this review with what Michael Savage calls the Ten Commandments of liberalism:


And now we have a brainwashed generation of children raised on … outright brainwashing in government schools where they fully believe things that are false as though they are truths.  They have no religion but liberalism.  They have been taught to live by the Ten Commandments of liberalism:

• Man is evil and poisoning the earth.

• The earth is a living organism and needs to be protected.

• All white people are racist.

• All people of color are good.

• All refugees should be allowed in and given whatever they request.

• If people make too much money, it should be taken from them.

• Government handouts have no price tag.

• Nature should be protected at all costs, unless you don't like your gender.

• All players on the international stage have equal credibility.

Related: How, According to Michael Savage, the Communist System Works
Posted by Erik at 20:15 2 comments:
Email ThisBlogThis!Share to TwitterShare to FacebookShare to Pinterest
Newer Posts Older Posts Home
Subscribe to: Posts (Atom)