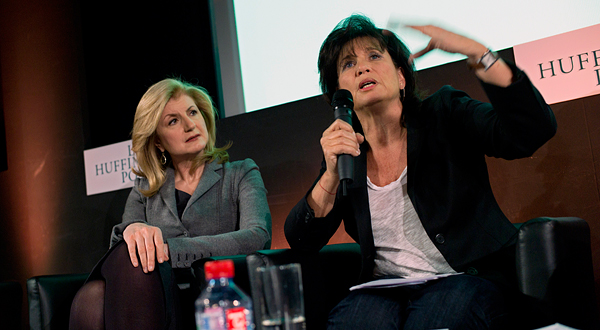 Posted by Erik at 13:40 13 comments:
Email ThisBlogThis!Share to TwitterShare to FacebookShare to Pinterest 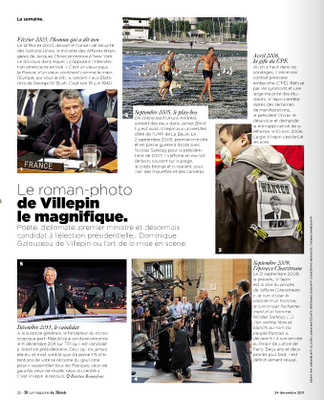 In a one-page spread in Le Monde Magazine called Le Roman-Photo de Villepin le Magnifique, Bastien Bonnefous compares Dominique de Villepin to Charles de Gaulle, no less — both in the title of the caption (L'homme qui a dit non) and in the caption itself. When Jacques Chirac's foreign minister appears at the United Nations to oppose George W. Bush and Donald Rumsfeld in their decision to oust Saddam Hussein, Bonnefous says that "It is his June 18, 1940."

Uh, is that so, Monsieur Bonnefous? Charles de Gaulle was not a minister or even in any position of influence and power at the time he launched his appeal over the BBC, far from it, and he was not opposing a fellow democratic republic from which he had nothing, personally, to fear. He was an outcast, battling Nazi Germany, and an outcast whose (French) government would pronounce the death penalty against him… Dominique de Villepin was hardly in danger of death, or of anything else, for opposing Washington. So… Let's not mix things up, shall we?
Posted by Erik at 02:45 18 comments:
Email ThisBlogThis!Share to TwitterShare to FacebookShare to Pinterest
Newer Posts Older Posts Home
Subscribe to: Posts (Atom)